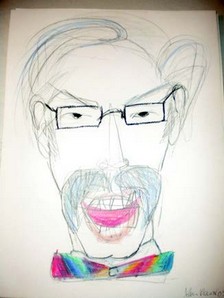 Alesandar S. Vujić (1945, Serbia) puts a special emphasis on the genre of choral music in his creative process. He is one of the most performed Serbian composers of choral music abroad (Hungary, Austria, Germany, Belgium, Italy, Cyprus, Greece, France, Estonia, Argentina, USA, China, Russia, Moldova…). He has won a number of prizes on international competitions of anonymous authors of choral compositions. Several of his choral pieces were commissioned (Kansas State University, Schleswig-Holstein Festival on the 250th anniversary of Bach’s death, Friedberg), and his pieces were mandatory compositions on international choral competitions and recorded on CDs by leading world choirs. For those reasons, Vujic is the only living Serbian composer in the encyclopaedia of the 20th century choral music (Choral Music in the Twentieth Century, Nick Strimple, Amadeus Press 2002). In addition to choral music, Vujic composes music for other ensembles as well: from music for solo instruments, to chamber music, to symphony orchestras. He is employed as a full professor at the Faculty of Music in Belgrade, where he graduated at the Departments of Composition (Rajicic, Ozgijan, Mokranjac), piano (Preger, O. Mihajlovic) and conducting (Skovran, Zdravkovic). He is the president of the Association of Serbian Choirs from the Native Country and Abroad; founder, conductor and director of the ensemble Simfonijeta Belgrade and the Madrigal Choir of the Faculty of Music. He is the founder and art director of the chamber music festival in Novi Knezevac Tisin cvet.
Partita for two violins is a neo-baroque piece which has the surname of J. S. Bach (b-a-c-h) carved in its final movement. Originally, it was written as a partita for solo violin, but it was rewritten for two violins in 2011. Besides being reminiscent of minuet and aria in its slow movement, its final movement based on the baroque motoric mobility brings contemporary harmonic and rhythmic solutions. The piece is dedicated to the duo Madlen Stokic-Vasiljevic and Marija Misita.