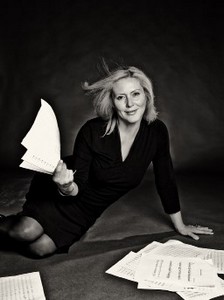 Dragana Jovanović (b. 1963, Serbia) Doctor of Arts, works as a full professor at the Faculty of Music of the University of Arts in Belgrade – Department of Composition. She is an eminent composer with a sizeable opus, active both in the fields of contemporary classical music as well as composition and sound production of popular and incidental music. Dragana Jovanović is very experienced in orchestration, electronic media, as well as their combining. Her compositions have been performed many times in Serbia, and also in other European countries, in China, USA, Canada and South America. She has composed a number of pieces for various performing ensembles. Her music was presented in four author’s concerts. Dragana Jovanović also writes music for film, theatre and TV, and she is active as a producer. She has received several awards in Serbia and abroad. She has been a jury member at international composition competitions.

Metamorpholiais a piece written for solo viola and string orchestra with harpsichord. It was composed upon initiative from my colleague and friend, the exceptional violist Saša Mirković, for his project La Folia. The work had its premiere in November 2019, with Ensemble Metamorphosis and conductor Ivan Marković.