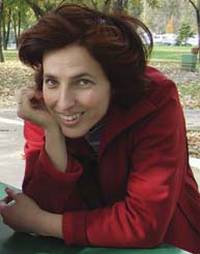 Her compositions were commissioned for Belgrade Music Festival, International Rewiew of Composers, Cello Fest, “Tisa Horizons”, and “Days of Vlado S.Milošević”. She re- ceived two awards for her student work at the Interna- tional Rewiew of Composers in 1996 and 1997, “Vasilije Mokranjac” Foundation Award in 2001, and the scholarship from the Serbian Gov- ernment in 2002. Some of her more important compositions are Re-versions for a nonet; Poor and Sad Don Juan’s Daughter for soloists, female choirs and electronics; Quincunx for string orchestra; Sustineo and Extraversions for symphony orchestra, and Songs about Stars for female choir and chamber orchestra. Her articles were pub- lished in magazines such as The New Sound and The Third Program.

Sare envisaged as a series of compositions for female voice, cello, piano and electronics. The main idea of Sonnets is to examine, in its way, the possibilities of transposing a poetic form into a corresponding musical form. The large collection of samples for the Sonnets consists of spoken lines written by Michelangelo, Petrarca, Shakespeare and Baudelaire, as well as the recordings of music from the Middle Ages and Renaissance, inspired by love poetry.

>Baudelaire’s Flowers of Evil grow in the first movement of the Sonnets, La Douce Nuit. The recordings of birds that live on marshy grounds are an important source of sound sam- ples in this movement. The second movement, Looking on Darkness brings the essence of Shakespeare’s sonnets, where “times in hope” hide and where “blind do see”.