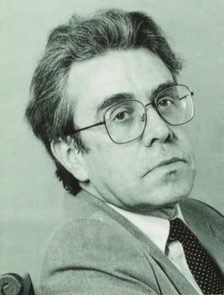 Dejan Despić (1930, Serbia) composer, music writer, theoretician and pedagogue. He studied composition with Marko Tajčević and conducting with Mihailo Vukdragović at the Belgrade Academy of Music (today the Faculty of Music), graduating in 1955. Despić first taught theoretical subjects at the “Mokranjac“ Music School (1955–1965), and then at the Belgrade Academy of Music, from which he retired as full professor (1965–1995). He was elected Corresponding (1985) and Full Member (1994) of the Serbian Academy of Science and Art (SASA). Since 1999 Despić is Secretary of the Department of Fine Arts and Music of SASA.

Miniatures for FLOBARP, trio, op. 206 (2009). My general tendency towards music miniatures has found its place here, in the ensemble which I named after the instruments it consists of: FL(ute)OB(oe)(h)ARP. Its delicate sounding, knitted from fine and poetic threads, naturally led me to primarily lyrical ideas, whose common name could be – sentiment, in variations.