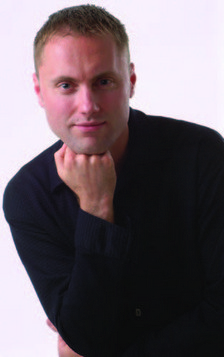 Ivan Elezović (Serbia/USA) (Doctor of Musical Arts, University of Illinois at Urbana-Champaign) studied composition, music theory, and electronic music at the University of Manitoba, McGill University, and the University of Illinois working with Michael Matthews, Randolph Peters, Zack Settel, Alcides Lanza, Guy Garnett, Erik Lund, and Scott Wyatt.  His compositional output ranges from acoustic to electroacoustic works including mixed media, and has been recognized by numerous competitions and festivals in North and South America, Australia, Europe, and Asia. Elezovic’s compositional approach, honed and refined in North America, has demonstrated both good craftsmanship and an interest in pursuing innovative conceptual goals. Instead of following a single style, Elezovic allows a number of materials and ideas to influence the approach and method for each new work. He was teaching composition, music technology, and music theory courses at the University of Illinois, Oberlin Conservatory of Music, Mahidol University, Nova Southeastern University, and Palm Beach Atlantic University. Presently, Elezovic is an Assistant Professor and Coordinator of Composition and Theory at Jackson State University.

Images of Isabella’s Dream. Supporting the idea that a dream arises out of mental conflict, and is an attempt, successful, part successful, or unsuccessful to solve a particular problem, a concept of dream is approached from various perspectives in which a state of complete stasis to rapid occurrences of various events was equally employed. In this process, a mixture of synthetic and acoustic sound objects predominates in which different speeds of their progressions toward culmination are repetitively taking place throughout the piece.