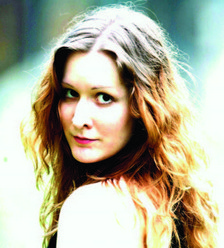 Mirela Ivičević (1980, Croatia) finished her composition studies in Zagreb in the class of Željko Brkanović, and post-graduate studies of media composition and applied music in Vienna, where she currently lives and works. She is the author of acoustic, electroacoustic and inter-media pieces, sound installations, music for the theatre and film, as well as one opera (The Three Fair Lady Opera, Music Biennale Zagreb, 2007). Regardless of the source of sound she uses, the primary focus of her pieces is the exploration of the narrative, then subversive possibilities of sound, whether as a central or accompanying part of the concept. Her compositions were performed all over Europe, Asia and Americas; at the festivals Wien Modern, Gaudeamus Music Week, ISCM World New Music Days etc. Some of the prizes she has received are Rector’s Award (Phantom No 3, for symphony orchestra, 2004), “Theodor Körner” award (Ace of Diamonds, for orchestra, 2010), “Rudolf Matz” award from the Association of Croatian Composers (2010), as well as Wiener Jeunesse Kammerchor prize and ISCM Austria award for music theatre (Gender)Bender 9.99 (2011). Since 2009, together with colleague, a saxophonist Gordan Tudor, she has been in charge of the contemporary music festival New Music Days in Split.

Dominosa ADHD: Haute Couture. Gérard Grisey, a composer whose music I am actually very fond of, once allegedly said that we composers are “musicians and our model is sound, not literature, sound, not mathematics, sound, not theatre, visual arts, quantum physics, geology, astrology or acupuncture.” Great. But! In that case should we even allow ourselves to be called artists if the only thing that interests us during the creative process is the configuration of sound? Because, when Adorno called for the abandonment of “the deception that is harmony, which in light of our reality, heading for disaster, becomes unsustainable”I am pretty sure he didn’t mean to only say: let’s change the existing way of composing, obviously incompetent/disinterested in the reflection of reality, with a new, equally non-reflexive but different way, just for the sake of change. Because in that case, other than purely personal sound-aesthetic preferences, what makes us, ‘serious’ composers, searching for the most exciting sound colour out there, different from characters like 1944’s Herbie von Karajan, or any other “so horribly superficial” fashion designers, searching for the perfect fabric and colour for the spring/summer 2012 collection, whom we, from our academic pedestal, are so quick to dispute the nickname artist? Or, in the context of an old Dante’s line “The hottest places in hell are reserved for those who in times of great moral crises maintain their neutrality”, in case such hell really existed, how many seats exactly would be reserved for contemporary composers carelessly absorbed in dissecting sound entrails while the world around them falls apart? Composing a new piece for a concert in Brazil, a country with one of the highest rates of tourism connected with child prostitution, made the artist in me make all these questions. And I say that’s good. In the composition, the singer has two roles, that of ‘musical Karl Lagerfeld’, critical of the sound material the ensemble offers to his ear, and that of the narrator commenting on the ‘musical Karl Lagerfeld’, or his way of thinking.