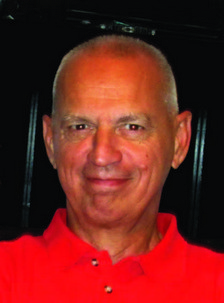 Vladimir Tošić (1949, Serbia), composer, multimedia artist, Professor at the Faculty of Music in Belgrade. He studied composition with Prof. Vasilije Mokranjac at the Faculty of Music in Belgrade.
He was awarded first prize at the Thomas Bloch Compostion Contest (Paris, 2000), and third prize at the Competition for Children’s Guitar Composition, for the piece Gitarrentage für Kinder (Lebach, Germany 2011). This composition was published by the eminent publishing house Chanterelle from Heidelberg.
Vladimir Tošić’s pieces have been regularly performed in national and international concert halls and festivals of contemporary music. Tošić’s works have been performed several times in the USA, Germany, Brasil, Belgium, the Netherlands, Peru, Italy, Spain, France, Sweden, Argentina, Portugal, England and Japan.
His works have been published on numerous CD editions in Serbia and the USA, among which the CD Melange  stands out (PGP RTS 2000).
The basis of the composer’s creative approach is the reductionist principle of piece construction. All his works are processual, repetitive and based on a very small number of different elements, sometimes even one (color, rhythm, harmony…)
The most important pieces: Varial, Dual, Trial, Voksal, Fission, Fusion, Altus…

The composition Medial 623 for chamber orchestra is a composition in three movements created on liberally treated mediant links, which is where the title comes from, and is formed on very liberal variations of the original material. The pace of life today and the constant tension around us seem to have greatly exhausted our patience, and you can easily perceive a general tendency towards shorter compositions – sometimes only a minute long! Since not even I have enough patience to listen to compositions that are too long, at this moment I, as an author, have turned to shorter formats. As a result, a series of short compositions (lasting 2-3 minutes) was created with a common name, Medial. These short compositions, for various soloists and small ensembles, have been created in the past two years. They can be performed individually, but they also can be combined in small cycles – as is the case with the composition Medial 623.