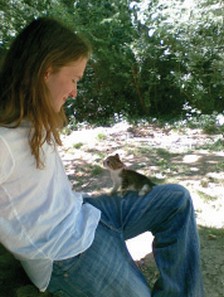 Matija Anđelković (1989, Serbia) completed his undergraduate studies of composition at the Faculty of Music in Belgrade in the class of Vlastimir Trajković. He is currently attending his Master’s degree studies at the same faculty in the class of Isidora Žebeljan. He works as a composer, conductor and performer. His music was performed at the festivals Festum (2009, 2011) and KoMA (2009, 2010, 2011, 2012) in Belgrade, at the closing concert of the International workshop for students of composition and young composers in Novi Sad during the summer of 2011; at the opening of a series of concerts with the purpose to promote chamber music Music Event organized by the pianist Maša Babić in 2011 and others. He also works in the field of applied music. He is the recipient of the “Josip Slavenski” Fund award from the Faculty of Music for the composition Legenda o spavačima – Magnovenje i San za osam instrumenata (The Legend of sleepers – Instant and Dream for eight instruments) which he wrote as his final undergraduate piece, as well as awards for the best original music for the children’s play Kako su postale ružne reči (How bad words came into existence).

Still nature (Mrtva priroda), for three accordions, was written in 2013, instigated by my best friend Luka Lopičić and dedicated to the trio Assahra’ in which he plays and which will perform it tonight. It represents a suggestion for the musical contemplation on details in a minimalistic sort of way. By insistence and rounding, followed by sudden abandonment of music details, the objective is to manipulate the compressed musical time. Still nature can be listened to as a three-movement piece, but also as a whole, written ex tempore, allowing only the natural urge of rounding to be provided.