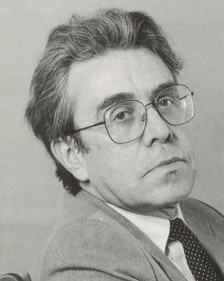 Dejan Despić (1930, Serbia) is a composer, music writer, theoretician and educationalist. He studied composition with Marko Tajčević and conducting with Mihailo Vukdragović at the Belgrade Academy of Music (today the Faculty of Music), graduating in 1955. Despić first taught theoretical subjects at the “Mokranjac” Music School (1955–1965), and then at the Belgrade Academy of Music, from which he retired as full professor (1965–1995). He was elected Corresponding (1985) and Full Member (1994) of the Serbian Academy of Science and Art (SASA). Since 1999 Despić has been the secretary of the Department of Fine Arts and Music of SASA.

Danze rustiche, op. 215, for string trio, were composed (2010) for a brilliant Italian trio of young musicians (two sisters and a brother) called Trio Broz (no connection to Josip!). They consist of seven dances with an intro of three characteristic chords which appears afterwards two more times as intermezzo. The fundamental, quasi-folklore spirit has given the name to the composition – as a country or peasant dance – where the term “rustic” is understood very conditionally and in a stylized way, similarly to the application of the term in relation to, let’s say, “rustic” furniture or ambience in an otherwise civilized environment.