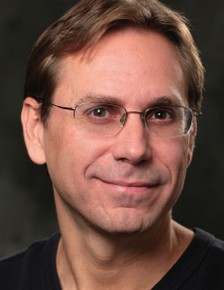 Bil Doerfeld (1964, USA) studied classical composition and piano earning degrees from Interlochen Arts Academy, Eastman School of Music and Yale School of Music. His works have been performed by the Baltimore Symphony Orchestra, Northwest Sinfonietta and Youngstown Symphony among others. Doerrfeld’s piano works have been performed on international tours by renowned pianists such as Van Cliburn International Piano Competition gold medallist Ralph Votapek. Bill has also performed and recorded for CD release his original alternative work at the Bang On A Can festival in New York. Bill has released three albums on the Jassical label featuring his original piano works. Upcoming projects include the recording of five of his orchestral works in December 2013 with the St. Petersburg State Symphony Orchestra. His music ranges from classical orchestral, chamber ensemble and solo piano to jazz to hybrid genres.

Groove 1217 for string quintet was composed in December 2012 and revised in October 2013. It is one movement lasting 3.5 minutes. The piece utilizes extended techniques where the players strike their instruments for percussive effect in an effort to enhance the ‘groove.’ The title is derived from the initial date of composition which was on December 17, 2012.