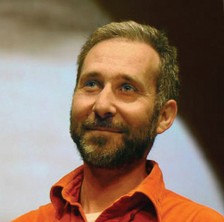 Nickos Harizanos (1969, Greece) studied Composition, Orchestration, Harmony and Counterpoint in Athens from 1992 to 1999. He then continued his studies in Composition at Manchester University (2000/2001), graduating with a research Master’s degree (MMus) in Composition. In 2014 he will start his studies for PhD in Composition at the University of Bangor. His music has been performed in 32 countries. He has received numerous first prizes and recognitions in International and National Composers Competitions. His music has been broadcasted by National TV and Radio Stations in many countries. He is the General Secretary of Contemporary Music Research Centre (founded by Iannis Xenakis) (KSYME), member of the Greek Composers Union (GCU) and the Hellenic Electroacoustic Music Composers Association (HELMCA) (Greece). His works are published by Schott (Germany), Musica Ferrum (Greece), Da Capo Music Ltd (U.K.), Gold Branch Music Inc. (U.S.A.), Arcomis (U.K.), Contemporary Music Research Centre (KSYME – CMRC) (Greece).

The title of the piece refers to the word “echo” which is also a verb in the Greek language. Thus, the work explores the procedure of sound production. It begins with the breath of the flute player and little by little musicians develop one by one their own sound quality and timbres. Another fundamental characteristic of the piece is the use of the instrumental colours and textural writing.