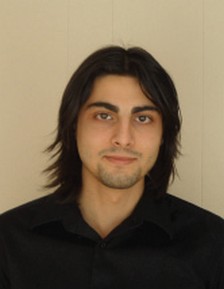 Daniel Mehdizadeh (Canada) is an emerging Canadian composer, pianist, and teacher. He studied from an early age with composer Abbas Khoshdel, learning piano and music theory. Daniel has completed his Masters in Composition at the University of Ottawa under the guidance of Canadian composers Steven Gellman and John Armstrong and has recently been involved in festival series including the Chamber Players of Canada (2012) and Music & Beyond (2013). His pieces have been performed in Canada and Italy as well as upcoming performances in Belgium, the Netherlands, Chile and Canada. Daniel has also recently attended the highSCORE Festival in Pavia, Italy, where he has been involved in a number of master classes, workshops and private lessons with internationally renowned composers including Louis Andriessen and Martin Bresnick. Recent and upcoming commissions include Canadian and international commissions by the Canadian Guitar Quartet (Canada), Marc Grauwels ‘Duo Habanera’ (Belgium), Thorwald Jørgensen (the Netherlands), and Jean Desmarais (Canada). Daniel is currently a member of SOCAN, ONMC and the Canadian League of Composers.

Danse burlesque is a humorous and sarcastic piece, presenting itself with a recurring theme as the ongoing tension continues to grow. Composed for guitarist François Bergeron, it portrays a jagged and skewed character partaking in a satirical dance.