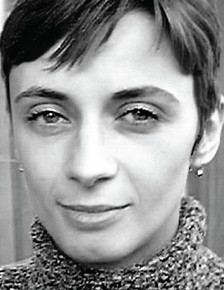 Tatjana Milošević (Serbia) received her BA and MA degrees from the Department of Composition at the Faculty of Music in Belgrade, in the class of Zoran Erić, and she works as a Lecturer at the same department. She received further training at master classes with Ligeti, Penderecki, Ferneyhough, Stockhausen, Andriessen and others. She collaborated with renowned ensembles such as Het Trio (the Netherlands), De Ereprijs (the Netherlands), Creo (USA), Intercontemporain (France)… Her compositions have been performed at important festivals and concerts of contemporary music in almost every country in Europe, USA, South Korea and in our country. She stayed at The Old Dominion University in Norfolk in 2001 as a visiting professor. That same year she participated in a multimedia project Waterproof by UNESCO, where her electronic composition Tribute for Fort Honswijk was performed and recorded on CD. She was commissioned a ballet CoinciDance from Dansacademie Arnhem, which was performed at the Groeten uit Arnhem festival by the ensemble De Ereprijs. In 2009, she was a lecturer and a member of the jury at the “15th Young Composers Meeting” in Apeldorn. She is the recipient of many foreign and national prizes.

The title of the composition Vice versaindicates a method, consistently carried out, by which similar and diverse thematic materials, played by two violas, are swapped. This method was partly inspired by hoketus – a medieval composition technique. The composition was created in 2013 and dedicated to the violists Mirjana Bubić and Nemanja Marjanović.