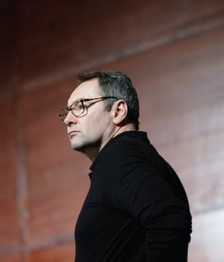 Ionel Petroi (Serbia/France) is a prolific composer who has written more than 70 orchestral, chamber music, ballet music, opera and instrumental ensemble works. After winning the prestigious First Prize in Composition “Stevan Hristic” at the Belgrade Conservatory in 1983, Petroi moved to Paris, where he continued his postgraduate studies at the CNSM of Paris, winning the Premier Prix of 1988, in Composition. His main teachers were: Claude Ballif (composition) and Marius Constant (orchestration). In Paris he was under the tutorship of many greats: Massiaen, Xenakis, Boulez, Ligeti. Most of his works were performed by major orchestras and ensembles around the world. His works have been broadcasted by many radio and television programs in France, Germany, Belgium, the Netherlands, Switzerland, Luxembourg, Spain, Yugoslavia, Romania, Russia and the USA. His works are published by Universal Music Publishing Classical (Durand, Ricordi, Salabert) and IBOX. iTunes, Amazon, Rhapsody, etc. … and CD Baby distribute his music.