Ensemble 4Saxess came into existence in 1998 in Vienna, when the founding member Lev Pupis gathered around him sax players who were students of the Music Academy. In its 15 years of existence, a number of now renowned sax players were a part of the ensemble, and from 2011 onwards the ensemble now consists of Lev Pupis, Oskar Laznik, Primož Fleischman and Dejan Prešiček. The 4Saxess quartet has performed at renowned festivals in Slovenia, Serbia, Croatia, Austria, Italy and France, and toured in the USA in January 2013. They have successfully worked with RTV Slovenia (Slovenia’s national TV and Radio), and together they recorded two CDs; 4 Folk in 2007 and 4 US in 2011. In 2013 the ensemble 4saxess recorded a Concertino with Slovenian Philharmonic Orchestra, composed by Igor Lunder who became composer-in-residence of the ensemble. The saxophone quartet 4Saxess is a modern classical ensemble that likes to face different musical styles like ethno, jazz and crossover, as well as perform classical and avant-garde compositions. The group’s main aim is to perform pieces written or arranged specifically for them, which is why the group is constantly working with composers and arrangers. Artists from various countries regularly accept the group’s invitations which have led to a substantial collection of new musical pieces. Some compositions, dedicated to the 4Saxess quartet, appear regularly in concert programs of similar ensembles throughout Europe. 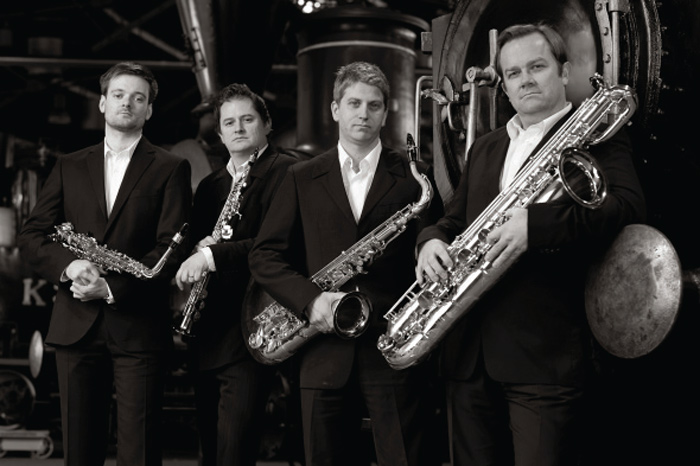