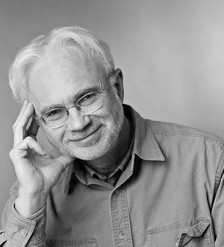 John Adams (1947, USA) is certainly one of the leading contemporary composers and the most famous American composer, the winner of the 2003 Pulitzer Prize in Music. He has composed numerous works for various ensembles, as well as operas, among which the most well-known ones are: Nixon in China and Doctor Atomic.

Hallelujah Junction for two pianos (1998) is inspired by a truck stop next to Adams’s cottage that bears the same name and, therefore, it can be interpreted as a story of the composer’s life – translated into music.

The composition begins with the minimalist pattern based on the three syllables (“[Hal]-le-lu-jah”) in the section of the first piano, which is afterwards taken over by the second pianist, after which the music flow develops into an almost romantic-­impressionistic middle segment. At this point, the appearance of all the four syllables of the word “Hallelujah” is announced, while the former material is now transformed and represented in an atonal harmonic environment.