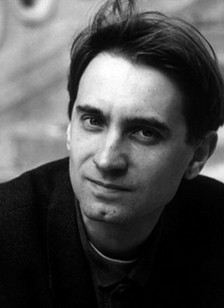 Mark André (1964, France) studied at the Conservatoire National Supérieur de Musique de Paris where he obtained first prizes in composition, counterpoint, harmony, analysis and music research. He won a fellowship from the Ministry of Foreign Affairs that enabled him to spent three years (1993-1996) studying with Helmut Lachenmann at the Stuttgart’s Hochschule für Musik. In the same time he studied musicology at the École Normale Supérieure de Paris and at the Centre d’Études Supérieures de la Renaissance in Tours graduating with thesis on Ars Subtilior, which is one of the bases of his own aesthetic reflection. He attended Brian Ferneyhough’s master classes at the Fondation Royaumont.

While in 1996 he was the resident composer of the Akademie Schloss Solitude in Stuttgart where he obtained the prize Kranichsteiner from Darmstadt’s Internationalen Ferienkurse für Neue Musik. The same year, while studying electronic music with André Richard as resident of the Heinrich-Strobel-Stiftung des SWR in Freiburg he won international prize for Trou noir univers for orchestra, soloists and electronics (1992/93). He was the resident composer of SWR in Baden-Baden (1997-1998), of Villa Medici in Rome (2001) and Frankfurt Opera where he won a prize for …das O(troisième partie de …22,13…) performed by Modern Ensemble in Bochenheimer Depot. In 2005 Mark Andre was resident at DAAD artistic program in Berlin. He won there the Christoph und Stefan Kaske Award.

Mark Andre gets commissions from renowned European festivals, such as Donaueschingen or Witten festivals. From 1997 he teaches counterpoint and orchestration at the Conservatoire National de Région de Strasbourg and at Frankfurt Musikhochschule.

Iv 2, (2007) is the result of composer’s quest for a "new act of composing" through his research of mediaeval music practices, especially mediaeval counterpoint and rhythmic notation.