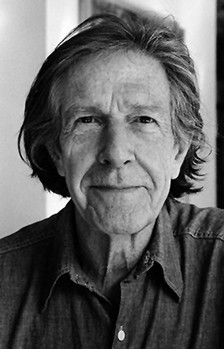 John Cage (1912–1992, USA)
His initial education was at Los Angeles High School and then, for two years, at Pomona College, which he left in 1930. After a year in Europe dabbling in various arts, Cage came back to Los Angeles in 1931 and began to study composition. His first instruction came from Richard Buhling, and than Henry Cowell, Adolph Weiss and Arnold Schoenberg (in Los Angeles in 1934). Then he began working as a dance accompanist and teacher (UCLA, the Cornish School of the Arts in Seattle). It was here that he first met the dancer Merce Cunningham, with whom he would have a lifelong working relationship, being Musical Advisor for the Merce Cunningham Dance Company until his death. Through dance, Cage was also introduced to the idea of writing music for percussion ensemble, using dancers as musicians. In 1943, he moved to New York City, where his concerts featuring percussion instruments attracted attention, as also the idea of the prepared piano. Alongside this development, Cage was among the first composers to envisage the expansion of sonic possibilities implied by electronic technologies (Imaginary Landscape no.1 in 1939). It last years of the 1940s that Cage also started to develop an aesthetic of silence, because of his interest in Eastern philosophies, especially Zen Buddhism. The result was music derived, at least in part, from quasi-random decisions – chance operations. In 1952, at Black Mountain College, he presented a theatrical event considered by many to have been the preparation for first happening.

Over the course of his career, Cage also worked increasingly in non-musical media, especially graphics, writing and poetry.