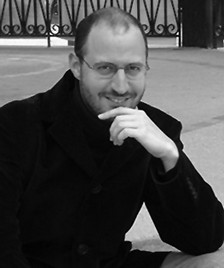 Supported by French Academy, Rafaël Cendo will be resident of Villa Medici in Rome till 2011. In 2009 he was awarded Prix Pierre Cardin of the Académie des Beaux Arts.

Affront (2010) was commissioned and performed by Ensemble Alternance on October 11 at Regenstein Recital Hall of Northwestern University of Evanston (Chicago).