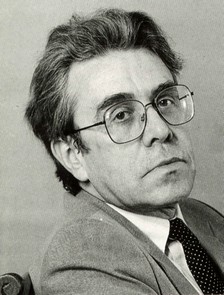 Dejan Despić (1930, Serbia) composer, music writer, theoretician and pedagogue. He studied composition with Marko Tajčević and conducting with Mihailo Vukdragović at the Belgrade Academy of Music (today the Faculty of Music), graduating in 1955. Despić first taught theoretical subjects at the Mokranjac Music School (1955-1965), and then at the Belgrade Academy of Music, from which he retired as full professor (1965-1995). He was elected Corresponding (1985) and Full Member (1994) of the Serbian Academy of Science and Art (SASA). Since 1999 Despić is secretary of the Department of Fine Arts and Music of SASA.

Serenade for Strings (Serenada za gudače), op. 204 – Following famous models of the eponymous classical pieces by Mozart, Tchaikovsky, Dvorak, Elgar, Suk… – this Serenade is also predominantly cheerful in spirit as is expected from music of its genre. I composed it to amuse myself a bit in this autumn of my life. The titles of its four movements  – Prelude, Gavotte, Sarabande and Gigue – as well as the preponderance of imitative procedures understandably refers to baroque, by which, as in my other pieces, I express my lifelong admiration for that particular part of great music tradition. Turning to another side of the valuable tradition is marked by a short quotation from the Gavotte from Prokofiev’s Classical Symphony, surely the most famous gavotte in contemporary music. Serenade was composed in 2009 and this is its first performance.