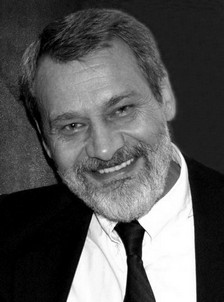 Milan Mihajlović (1945, Serbia) obtained bachelor’s degrees in composition and conducting in Belgrade (1970), master’s degree in composition, and attended courses in Cologne and Salzburg. He worked at the Faculty of Music in Belgrade and the Academy of Art in Novi Sad as professor of composition. He is one the founders of the Ensemble for Contemporary Music and the International Review of Composers, of which he was the director until 2002. He was the President of the Serbian Composers Association (1987-2002), the Head of the Music Theory Department at the Belgrade Faculty of Music and, from 2002 to 2009, the Dean of the Faculty. He received a great number of recognitions for his work – the Stevan Hristić Award (1970), Belgrade Music Festival awards (1972), October Award of the City of Belgrade (1984), first prizes at the International Review of Composers (1992 and 1996), Stevan Mokranjac Award (1994) and Award of the City of Belgrade (2003). The works of Mihajlović are often performed in Serbia and abroad, including the venues like Tonhale in Zurich, Carnegie Hall in New York, Berlin Philharmonic Hall, Steinway Hall in London, the Sydney Conservatorium Hall.

The composition Green Waves (Zeleni talasi) for four harps was created in 2009 commissioned by Jugokoncert and dedicated to the Belgrade Quartet of Harps. Its motto is:  “All theory … is grey, but the golden tree of life springs ever green” (Goethe, Faust). Contrary to the opinion of theorists that glissando on a harp should be avoided in contemporary music (due to overuse), the composer based almost the entire piece on multiple glissandos, which, from the performers’ point of view, resemble waves.