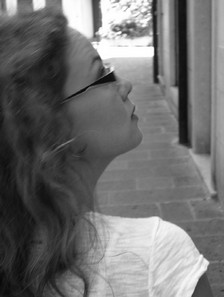 Her trio Dream (I. S. o .F) won a prize at the Summer Music Academy Budapest-Prague-Vienna (2002, working with Gyula Fekete). She was one of the finalists of the Canterbury Festival Commission 2005 competition. The Alarmclock for clarinet, piano and percussion was written as a part of Stephen Gutman’s project What Strikes the Clocke? during the Sir Harrison Birtwistle Festival (London, 2004). Behind the Closed Doors for violin and piano was written in London (2006) during Park Lane Young Composers’ Symposium, and the piece for mixed choir Lorem ipsum was elected at the competition organized by John Armitage Memorial Trust among the four that were performed by BBC Singers at the workshop devoted to new choral music.

She won a prize for best movie music for Tačka prekida (dir. by Igor Toholj) at the 56th  Festival of Documentary and Short Film (Belgrade, 2009).

The piece was inspired by Stephen Hawking’s book The Universe in a Nutshell.