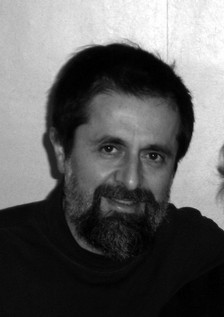 Predrag Repanić (1958, Serbia) started learning music privately, and then, as a stipendiary of the University of Arts, obtained Bachelor’s and Master’s degrees in composition, with Srđan Hofman. He is the composer of various forms and genres, vocal and instrumental, for solo performances and symphonic ensembles. His compositions have been performed on several occasions at concerts and festivals in Serbia and abroad, such as: MUS, TMSJ in Opatija, International Reviews of Composers in Novi Sad and Belgrade, the festival Europhonia in Zagreb, The Open Music Festival in Milan, Music Evenings on the Third Program of the Radio Television of Serbia, the series of the Belgrade Philharmonic concerts, Jugokoncert, etc. Most of them have been preserved as studio recordings in the sound archives of Radio Television Belgrade and the Tone Studio of the Faculty of Music. The performances and recordings were realized by eminent ensembles and performers (M. Jagušt, S. Robinson, S. Belić, L. Stanković, Lj. Jovanović, I. Laszko, E. Ačkun, A. Grgin, G. Arbonelli, etc.). Repanić has been awarded at contests of the Serbian Composers Association on several occasions, and received the following awards for composition: Josip Slavenski, the student October Award and the award from the Vasilije Mokranjac Fund. As a stipendiary of the German Institute of Contemporary Music (IMD), he participated in the 35th International Course of New Music in Darmstadt in 1990 – where he attended lectures of Helmut Lachenmann and Iannis Xenakis, as well as an active participant of the course held by Brian Ferneyhough. He has been active both as an educator and theoretician. After having studied in Berlin, he habilitated at the Faculty of Music in Belgrade as a teacher of counterpoint and analysis. As a theoretician, he focused on the compositional techniques of the Renaissance, especially the canon. He has participated at several domestic and international symposia of music theory and analysis.

This composition goes under two titles and two subtitles, respectively in two different languages, Serbian and English. The Serbian title and subtitle point to the extramusical underpinnings, whereas the English title emphasizes the technique of composing the piece. The Serbian subtitle hints at the reason why it is precisely the collage technique that is applied in this work (including the musical transposition of the procedures used by„Arte Povera“), while both subtitles indicate the dramatic basis, i.e. the agents of the plot, narrated by a single, not exactly neutral commentator (the composer). The work is of a complex structure, consisting of a set of free “variations on multiple themes”; namely, it is based on a network of quotations from selected (chiefly polyphonic) pieces for various ensembles and belonging to various genres, composed by stylistically diverse composers (from Josquin des Prez to Ljubica Marić), all of whom at certain points in my life served as models (either positive or negative) or influenced my musical development and creative poetics; or else the quotations which for deeply personal reasons harmonized with the guiding principles of the compositional and dramatic course of the work. Borrowed motives or ideas are elaborated in a manner which is somewhat archaic, as old masters would have used them when working with cantus firmus (provided no more than a single voice had been available to them!). This includes the techniques of literal and free quotation, simplification, amplification and free elaboration. They are also transformed according to free associations, so that the combination of the above mentioned procedures would enable them to enter into specific “linear contrapuntal” and other interactions – both between themselves and with my own thematic material.