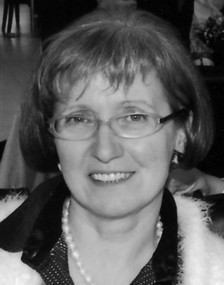 Her work focuses equally on composition and music theory. As a composer, she creates in the field of orchestral music but is primarily oriented toward the chamber sound. Her work in the field of music theory and analysis focuses on different aspects of music form. Specifically, she is concerned with the issues of symmetry in musical form, while the study of Serbian music represents an important part of her work.

The composition Dreamrealm (Sanjališče) for narrator, flute, violin and viola was inspired by novels of Bojan Meserko. His three books Sanjališče, Sanjalnica and Senjalca (Dreamrealm, Dreamroom and Dreamers) give an account of the main character’s existence in parallel worlds. The novels can be classified under science fiction literature, but they can also be understood as an interpretation of intricate streams of human consciousness. The reader cannot help but constantly wonder if the main character is someone whose mind creates unusual images or someone who unwittingly keeps changing the place and time of his existence. The action switches back and forth between the real (terrestrial) and the fictional (extraterrestrial) world. The text makes use of endless and inexhaustible plays on words and syllables. Thus used, the words change their meaning or lose it altogether.

The fusion of the course of music with the unpredictable stream of human consciousness results in a composition in which a possible vision of a special and unusual life story is suggested through the alternation of slow and fast sections.