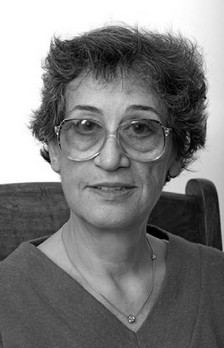 Mirjana Živković (Serbia) studied composition at the Faculty of Music in Belgrade (with Stanojlo Rajičić, BA in 1964). Between 1967 and 1968, she was in Paris attending graduate courses with Nadia Boulanger (composition, harmony, analysis) and Olivier Messiaen (composition). In 1974, she obtained a master’s degree at the Faculty of Music. She taught harmony, counterpoint, music forms and composition at the “Josip Slavenski“School of Music in Belgrade. In 1976, she became assistant professor at the Faculty of Music, subsequently associate and then full professor (Harmony, Methods of Teaching Music Theory). She was the head of the Music Theory Department from 1998 to 2001.

She won important recognitions: the Award of the Radio Television Belgrade and the Stevan Hristić Award in 1964 (Sinfonia polifonica), First Prize of the Fontainebleau Conservatory, France 1968 (Incantation); awards of Serbian Composers Association; Golden Plaque of the University of Arts in Belgrade for pedagogical work in 1997.

Her oeuvre comprises symphonic and concerto works, chamber and solo, vocal vocal-instrumental etc. She is the author of a number of textbook and articles published in magazines and journals.

Why precisely the oboe with pantomime? It seems that the voice of the oboe most faithfully depicts a striving of an individual for a full expression of life, a longing for the beauty offered by the unique opportunity in life, which is drastically endangered in this chaotic time of disrupted values. The noble sound of Borislav Čičovački’s oboe is particularly inspiring for such thoughts.

The conflation of music and sound has been a feature of human culture since the beginning of time. In Circular Melody, this unity can make the initiating idea of the melody more explicit, but also to evoke remote associations of the Greek aulos and ancient dithyrambs, to which the worshippers of the ancient God Dionysus circled around his altar. This “circulation” exists in the musical structure of the work, as well.