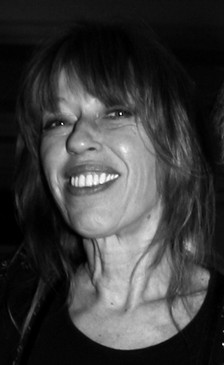 Belgrade-based pianist Nada Kolundžija is a renowned performer and promoter of contemporary music. For decades, she has been continually premiering major piano and chamber works of 20th century music, by international as well as domestic composers. She commissioned a number of piano works from composers around the world, which were performed at renowned music institutions and venues, such as the Kennedy Center in Washington, Steinway Hall in New York, Berkeley College of Music in Boston, the Great Hall of the University of Toronto.

In promoting new music, Nada Kolundžija focuses not only on piano repertoire, but also supports innovative ways of artistic expression. In 2008 she initiated and organized the first multimedia festival in Serbia, Art of Sounds that presented more then forty new works of composers from Australia, Canada, Europe, USA and Asia.

In addition to her performance and teaching careers at the Faculty of Music in Belgrade, Nada Kolundžija is the art director of Guarnerius Art Center in Belgrade, promoting young artists and enriching Belgrade cultural life. She is a long term collaborator and guest artist of the ensemble Les Amis from Toronto, and also performs with her brother, the well-known international artist Jovan Kolundžija. She was a member of Ensemble for Different New Music (minimal music) and Crossover Elite (classical and jazz fusion).

Nada Kolundžija was born in Belgrade where she earned her Master’s degree in piano performance at the Faculty of Music in Belgrade, with Dušan Trbojević. She completed her graduate studies at the Liszt Ferenc Academy of Music in Budapest, where she studied with world-renown pianist Zoltan Kocsis.

She has received awards and recognitionfor her interpretation of contemporary music: International Arnold Schoenberg Piano Competition in 1979 in Rotterdam, diplomas from The International Gaudeamus Interpreters Competition, etc.