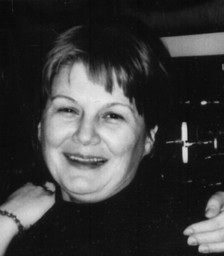 Svetlana Maksimović (Belgrade, Serbia), doctor in composition, finished her composition studies at the Belgrade Faculty of Music with Vasilije Mokranjac. Her doctoral thesis – Four Museum’s Rooms was defended at the University of Toronto in 2006. Her pieces were performed in Serbia and Canada. For many years Svetlana Maksimović has taught harmony, counterpoint and composition aimed at pedagogical as well as at creative purposes. Between 1974 and 1993 she taught at the Music School “Stanković“ in Belgrade. She was active as a writer on contemporary music as well as on the music of Serbian composers written in the tradition of Byzantine chant. She also  worked in private schools and as an assistant at the University of Toronto (while in doctoral studies). Among her Canadian works (1996 – 2006) many have been commissioned for festivals: Festival of New Music in Toronto, Women Music festival in Ottawa, New Music festival, Windsor, concerts of the Association of Women Composer, Canadian-Chinese Festival, etc. Prominent musicians and orchestras performed her pieces. In Serbia, her works have been performed by Zorica Dimitrijević-Stošić, Olivera Đurđević, and by Irina Arsikin, Serbian String Quarttet, Symphony Orchestra of the Radio Television of Serbia conducted by Bojan Suđić, and Mladen Jagušt, Pro Arte ensemble with Biljana Radovanović as a conductor, trio Mezei-Milošević-Tucović. A short list of pieces represents the core of her output: Sketch for orchestra; Four Museum Rooms (for symphony orchestra); Light Approaching, White Angel, Courtly Dance (for different chamber orchestras); The Pieces of Time in My Hands (String Quarttet no.2), Voices (violin), Three Choreographic Etudes (piano).

Pieces of Time in My Hands, String Quartet No. 2
The second string quartet was written thirty years after the first, and in it, as well, there is a quotation from Beethoven. Its music reflects the division of the world we live in, the world, which is marked by fierce contrasts. Their musical representation is rendered in two unrelated movements of unequal duration.

The frenetical acceleration for which we do not know the reasons, and special order the meaning of which does not convince us are represented in the first movement as a given world. Different thoughts and some memories inhabit the second movement. It depicts a world simultanoues, yet different; a look into oneself. In it the existence, direction and the purpose of living in a great dispute are explored. However, everything said put aside, it is possible to find a few different and yet equally valid commentaries of this music.