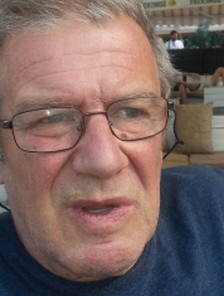 Vuk Kulenović (1946, Serbia/USA) hailed by the Bo­ston Globe as “one of the most important and in­ter­es­t­ing composers  working  in  the  area – or anywhere – today”, has been living and working in Boston, MA, for twenty years since leaving his native Yugoslavia. His music has been commissioned and widely performed by some of the most prominent orchestras in Europe, including the Concertgebouw Orchestra of Amsterdam, Stuttgart Radio Symphony Orchestra, Orchestre National de la Radiodiffusion Française, and the Slovenian Philharmonic Orchestra, as well as the philharmonic orchestras of Belgrade, Zagreb and Sarajevo. The works of Mr. Kulenovic have been performed winning critical acclaim in Europe, North America, Asia, and Australia, among others. His oeuvre includes seven symphonies, sixteen instrumental concerti, an Oratorio, a ballet, twelve film scores, over 30 pieces for chamber orchestra and numerous chamber and solo pieces. Mr. Kulenovic was chosen to write the opening cantata for the 1984 Winter Olympic Games in Sarajevo, the city in which he was born. He has received awards from the International Contemporary Music Bienalle in Venice, Radio France, BEMUS Festival, the Fulbright Foundation, and the Prešern award. He is currently a Professor of Composition at the Berklee College of Music in Boston, MA.

Šesti gudački kvartet (Sixth String Quartet) is the shortest of my nine string quartets and therefore, accordingly, my commentary for the programme booklet of this year’s Review of Composers will be quite short as well. It was written in 2007 in Boston (in fact, during a winter night in Cape Cod) and premièred several years later by the Mixed String Quartet at their concert during the summer music festival at the Youth Cultural Centre in Belgrade, which also featured another three of my quartets (the Second, Fifth, and Eighth). Since their première performance of the quartet on that occasion was really excellent, the quartet is now dedicated to the Mixed String Quartet, as is the much more extensive, thus far unperformed Ninth String Quartet.