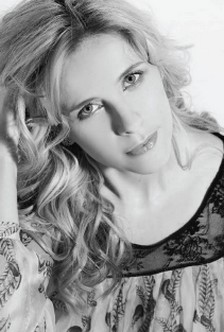 Jelena Dabić (1982, Serbia/Germany) studied music theory and composition at the Academy of Arts in Novi Sad with Zoran Mulić. She attended numerous courses and seminars in composition, working with Wolfgang Rihm, Peter Michael Hamel (Hamburg), James Clarke (London), Pascal Dusapin (Paris), Frédéric Durieux (Paris), Isabel Mundry (Zurich), Beat Furrer (Graz), Manfred Stahnke, Georg Hajdu (Hamburg), and many others. In 2007–2008 she worked as a teaching assistant at the Academy of Arts in Novi Sad, teaching Traditional Performance at that institution’s Study Group for Ethnomusicology. She completed a two-year specialist study programme at the Hochschule für Musik und Theater in Munich with professor Jan Müler-Wieland. She pursued further education at the Hochschule für Musik und Theater in Hamburg (2012–13) in the field of multimedia arts and electronic music. Her works have been performed by renowned artists, such as Peter Neff, baritone; Monika Lichtenegger, soprano; S. J. Santana, countertenor, etc. She frequently collaborates with Marcio Schuster (saxophone) and Kana Omori (percussion), having composed a number of pieces for this duo. Her short opera Spiegel Spiel (The Mirror Game) was commissioned by the Munich Biennale (Festival of New Music Theatre) and performed there in 2010. For the Young Euro Classicfestival in Berlin she composed two pieces, which were premièred at the Konzerthaus under the direction of conductors Heinrich Schiff (2010) and Lilian Isakadze (2011). She currently lives and works in Hamburg and is writing a PhD dissertation on contemporary music theatre. Her orchestral piece Beethaphase won the first award in a competition sponsored by the Symphony Orchestra of Vojvodina and in May 2014, it was performed under the leadership of Brazilian conductor Claudio Cohen. In 2014, Dabić was also a composer in residence at Atelier GEDOK in Lübeck and in 2015 won a grant from the city of Sonderhausen, whose orchestra will perform a new orchestral piece by her.

The piece In Frame was written in 2014, on a commission from Kunsthalle Hamburg, on the occasion of an exhibition of romantic arabesques. The arabesque originated from visual art and architecture, and later spread to literature and ultimately to music. The main musical elements of the piece are motives from Debussy’s Arabesque No. 2 for piano. In its première, the piece was performed between Debussy’s Arabesques nos. 1 and 2, which thus framed it, in a way, and gave rise to its title. Given that the arabesque by itself denotes ornamentation on the frame of a painting, the idea was that In Frame represents the painting itself, or what is inside the frame.