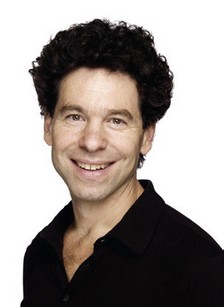 Rob Waring (Norway) has been a central figure in Norway’s music scene since he moved to Oslo from New York in 1981. Combining the roles of percussionist, vibraphonist, composer and educator, his work spans a broad spectrum of musical approaches and styles. He studied classical percussion at the Juilliard School in New York at the same time as he devoted himself to jazz vibraphone and improvised music in various forms. Waring has composed numerous commissioned works for soloists, large and small ensembles, jazz groups, percussion ensembles and choirs. Balinese music has been an important source of inspiration. He also works with electroacoustic music and has created a sound installation called the Sonomatrix. He has recorded extensively as a vibraphonist and percussionist, most recently with the John Surman Trio on the ECM label. He is Associate Professor of percussion at the Norwegian Academy of Music.

SIKOTÉ SUKÁN
This title consists of two words which are braided together: SISU + Kotekan. Kotekan is a Balinese musical term for melodic ornamentation in which two voices are braided together in interlocking patterns. In the piece Sikoté Sukán, I have developed a form of kotekan with three voices. I have also been influenced by the mood of Balinese gamelan music, but the similarities end there.
I had already been fascinated by gamelan music for many years when my wife and I, in 1994, traveled to Indonesia. During a 10-day sojourn in the village of Ubud, we became enchanted and overwhelmed by the power, imagination, and beauty of the traditional Balinese culture.
Lessons with a young Balinese composer gave me many answers. Balinese musicians never read music, not even while learning a new piece. This is remarkable considering the music’s complexity, formal scope and richness of detail. When learning a new piece, the composer teaches the musicians their respective parts and leads the rehearsals. This often requires months of daily rehearsal. But, gamelan is something that involves the entire local society, since it is essential in traditional ceremonies and religious rituals. Therefore, each village proudly supports its gamelan orchestra and provides it with proper working conditions.
I became fascinated by what seems to be possible when a composer transmits his music directly to the musicians, who learn by ear, by heart, and slowly, over a long period of time. When I asked SISU if they were interested in trying to work this way with a new piece they immediately and unanimously answered – YES! Already in the spring of 1995, we began experimenting with a 3-voiced SISU-kotekan.
I completed the composition in 1997, but realities here at home, far from village life in Bali, made it difficult for the musicians to reserve the time needed for such a comprehensive process. The whole structure of our society forces us to make efficiency a priority, and we meet resistance when we wish to dwell longer on things. Therefore, I am deeply grateful to SISU for their great contribution and perseverance in connection with the realization of this music. The first performance took place during the Ultima Contemporary Music Festival in Oslo in October, 1999.