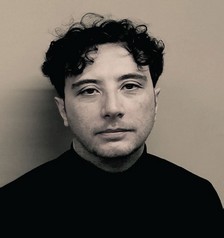 Light – Lapse for large ensemble
The piece ﬂows through indeterminate, distant, “blown” surfaces, through dark spaces, from which emerge brighter and more clear sounding surfaces, now more vivid, now almost blurred, but always nervous, with shattered and irregular borders. As if we were enveloped in an ever-changing landscape, made of sudden ﬂashes, distant glares, passages between light traces and shadowy returns, between progressive fogginess and sudden ﬂares. Finally, the matter almost crumbles, and, melting away, it makes perceive fragments of a distant, forgotten melody; almost a weak carillon, which that get lost in the silence, vanishes into the void.