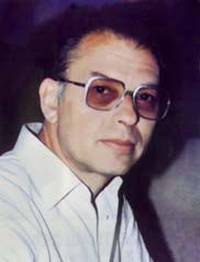 Tomislav Zografski (Macedonia) is one of the most representative figures of Macedonian music in the second half of the 20th century. He obtained his main musical education at the Music Academy in Belgrade (Serbia) and upon his return in Maceodnia spent the greatest part of his career as one of the first and most respected professors of the Music Faculty in Skopje producing several important composers of the younger Macedonian generation. His works have won several state awards, being performed in the coutry and abroad. His “Allegro barrocco” for two violins and piano is a piece written in 1973, and as such is one of the examples of his so typical neo-classical approach to music, containing a lot of musical associations to the past.

Inscriptions (Zapisi) for baritone and piano.