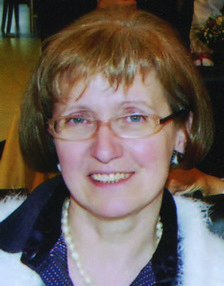 Anica Sabo (Serbia) graduated (1980) and received her master’s degree (1986) from the Department of Composition of the Faculty of Music in Belgrade and for two years she studied at the Department of Wind Instruments (bassoon). She also completed her doctoral studies (2007) at the Department of Art Theory and Media of the University of Art in Belgrade. She is Associate Professor at the Department of Music Theory of the Faculty of Music in Belgrade. She has lectured by invitation at other institutions of higher education in the country (Novi Sad, Kragujevac, Cetinje and Academy of Fine Arts in Belgrade). Her work focuses equally on composition and music theory. As a composer, she creates in the field of orchestral music but is primarily oriented toward the chamber sound. Her work in the field of music theory and analysis focuses on the different aspects of musical form. Specifically, she examines manifestation of symmetry in musical form, while the study of Serbian music represents an important part of her work.

Composition Wanderings (poem for violin and piano) was written in 2001, and represents a new, significantly revised version of the composition of the same name written over ten years ago, which has not been performed by now. Envisioned as one movement, the composition consists of two tentatively set slow segments divided by the middle part in a fast tempo. During the writing of the new version, the author found it particularly interesting and demanding to attempt to use new, substantially simplified means of musical expression and achieve the effect similar to the original version. In this regard, the middle part was a great challenge because it contains many short segments of various musical content. The search for ways which would preserve the authenticity of each segment and at the same time provide their unity, gave rise to some new solutions. This version’s creation was initiated by the pianist Nataša Mitrović.