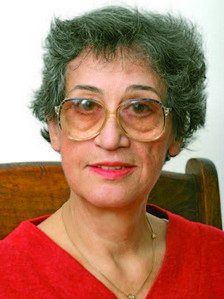 Mirjana Živković (1935, Serbia ) studied composition at the Faculty of Music in Belgrade (BA in 1964). In 1967-68 she was in Paris attending graduate courses with Nadia Boulanger (composition, harmony, analysis) and Olivier Messiaen (composition). In 1974 she obtained a master’s degree from the Faculty of Music. She taught harmony, counterpoint, music forms and composition at the “Josip Slavenski” School of Music in Belgrade. In 1976 she became an Assistant Professor at the Faculty of Music, subsequently associate and then full professor (Harmony, Methods of Teaching Music Theory). She was the head of the Music Theory Department (1998–2001).
She won important recognitions: the Award of the Serbian Broadcasting Corporation and the Stevan Hristić Award in 1964 (Sinfonia polifonica), First Prize of the Fontainebleau Conservatory, France 1968 (Incantation); awards of Serbian Composers Association, Golden Plaque of the University of Arts in Belgrade for pedagogical work in 1997.
Besides the awarded works, we should also mention: Metamorphosis Contertante for piano and orchestra; Adagio for oboe and string orchestra; Play for mezzo-soprano, flute and percussion; two Ballades for piano; Summer Night for accordion; Three Ways, suite for flute and piano; several cycles of songs and others. She is the author of numerous books and professional articles.

Sonata for cello and pianowas thought of a long time ago, but was carried out only in 2011. In all three movements obsession with certain motifs is prominent, in the first and third movements it is in a loosely put, concise sonata form, in the second it is developed through a folk song. In outward movements harmonies are prominent which in the traditional tonality would be associated with the dominant function, but here, they are rarely released in consonant harmony, whereas in the second movement the free tonality is much calmer. An interested analyst could find more details in the structural and harmonic form of this Sonata, but I do not wish to burden the listener with this, since it was inspired by the powerful sound of the cello played by Sandra Belic, and this Sonata is dedicated to her.