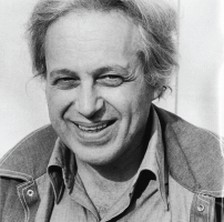 György Ligeti (1923–2006, Hungary) graduated in 1949 at the academy of Music in Budapest, and the next year returned as a teacher of harmony and counterpoint. In December 1956, two months after the Hungarian revolution, Ligeti fled to Vienna, and from there to Cologne. There he met several key avant-garde figures (Karlheinz Stockhausen, Gottfried Michael Koenig) and learned many contemporary musical styles and methods. In 1958 he taught for the first time at Darmstadt, whither he regularly returned during the next decade. In that period, he composed Apparitions for orchestra (1958–9), in which – simultaneously with, but independently of Xenakis, Penderecki and Stockhausen – he introduced orchestral clusters, and his unique technique of micropolyphony (in the second movement). The first performance of Apparitions, in 1960, was the foundation of his international reputation, and it was followed by his best-known works: Atmosphères (1961), Volumina (1961–2), Aventures, Nouvelles aventures (1962–5), Lux aeterna (1966), Lontano (1967). In 1969–70 a Deutsche akademischer Austauschdienst scholarship took him to Berlin; in 1972 he was a visiting professor at Stanford University; and in 1973 he accepted a permanent appointment to the Musikhochschule in Hamburg, where he made his main home. For the Swedish Royal Opera he composed his only operatic piece Le Grand Macabre (1974-77). Following its première in Stockholm, Le Grand Macabre enjoyed an extraordinary number of productions for a modern opera, being seen in Hamburg, Saarbrucken, Bologna, Nuremberg, Paris, and London. His music of the 1980s and 1990s continued to emphasise complex mechanical rhythms (as in Atmosphères and Lontano), often in a less dense chromatic idiom, tending to favour displaced major and minor triads and polymodal structures. In that period he completed three books of Études for piano, Piano and Violin Concerto.

I thought to myself, what about composing a piece that would be a paradoxically continuous sound, something like Atmospheres, but that would have to consist of innumerable thin slices of salami? A harpsichord has an easy touch; it can be played very fast, almost fast enough to reach the level of continuum, but not quite (it takes about eighteen separate sounds per second to reach the threshold where you can no longer make out individual notes and the limit set by the mechanism of the harpsichord is about fifteen to sixteen notes a second). As the string is plucked by the plectrum, apart from the tone you also hear quite a loud noise. The entire process is a series of sound impulses in rapid succes.sion which create the impression of a continuous sound.

In Hungarian Rock rhythm is the main driving force; the rhythmic language is completely clear-cut, showing an apparent combination of Balkan and Latin-American rhythms. As Ligeti states: “For a great many years I have been interested in asymmetrical rhythms, which Bartok called Bulgarian rhythms… These asymmetrical rhythmic formations have been very much in line with my search for new rhythmic solutions… Hungarian Rock has a little of the influence of Latin American rhythm. But it was derived from the commercial semi-folklore of South and Central America and from pop music and jazz”. The increased emphasis of pulse and clear-cut rhythms can be observed in a number of subsequent works.