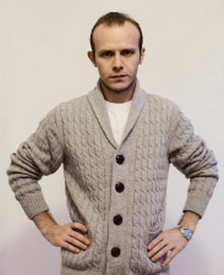 Mesruh Savaş (1978, Turkey) began his music education by playing the piano. After moving to Turkey from Bulgaria, where he was born, he enrolled in Bilkent University in Ankara becoming a student at Theory & Composition Department of Music and Performing Arts Faculty. Here he studied composition and conducting with Işın Metin, Bujor Hoinic, Alfred Michourin and Elena Pushkova. In 2004 his composition Two Movements for Orchestra was awarded with Mansion prize at 5th Eczacıbaşı National Composition Competition which helped him make a name for himself among young Turkish composers. Later he continued his composition studies with Hasan Uçarsu at Mimar Sinan Fine Arts University State Conservatory in İstanbul, gradually evolving his current music style emerging from and guided by a strong sense of harmonic movement. Currently he is giving Historical Studies and Tonal Harmony lessons at Haliç University Conservatory in İstanbul, Savaş also works in the fields of electronic and electro-acoustic music and is busy promoting the cause of new music.

Soluk/suz (Breath/less) is the composer’s first and only work for solo accordion and it was inspired by the instrument’s reflection while playing which resembles human breathing. In Turkish Soluk means breath and Soluksuz breathless thus reflecting one of the main functions of human body and accordion also. Structurally consisting of three parts, the composition’s outer sections were intended to reflect this breathless aspect with a tiring and lively 7/8 meter aksak dance common in Turkey and Bulgaria. Similarly the middle section was intended to reflect the breathtaking and having a rest aspect of the instrument focusing on its timbral richness. Rather than perceiving the player and the instrument breathing individually the aim is to present both as a single, whole and unified body.