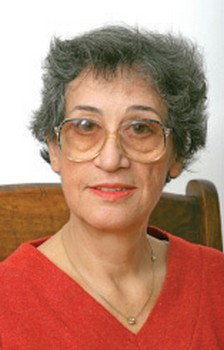 Mirjana Živković (1935, Serbia) is a composer, music pedagogue, writer-theoretician. She received her BA and MA degrees in composition from the Faculty of Music in Belgrade and continued further studies in Paris attending graduate courses with Nadia Boulanger and Olivier Messiaen. At first she worked as a teacher in the “Josip Slavnski” Music School in Belgrade (1964–1976), then as an Assistant Professor, Associate Professor and Full Professor at the Faculty of Music in Belgrade, where she retired as the head of the Music Theory Department in 2003. For her compositions she won several important national recognitions and one international prize; also, her pedagogical practice was awarded. Besides orchestral, concertante, and choral compositions, her opus is composed of chamber works of various genres, performed at home and abroad. She is the author of numerous books and professional articles, and especially important are those dedicated to Josip Slavenski whose musical legacy had been a central place of her interests for many years.

New folklore intonations (Nove folklorne intonacije) for two flutes – what is there to say? First of all, I love the sound of the flute. Certain motifs which I remember from childhood played on the fife in the village where I used to spend the summers, have developed over the years in my imagination into sound arabesques of various contours and turned into something completely different, yet akin to that which was saved in my memory. Somewhat improvisatory form in the diptych for two flutes corresponds to these “elusive” memories.