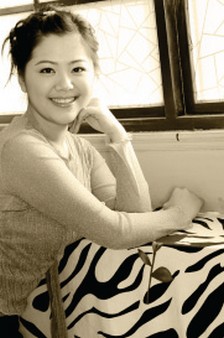 Wang Danhong is a young Chinese composer. She has been described as ‘the most talented young woman composer in China’. As a representative of the new generation of composers, she is frequently commissioned by both Chinese and foreign symphony orchestras to create outstanding works. Her works include orchestra music with folk instruments, such as Yuanshan Yanmiao, Yuedui Koulianhuan, Xuancai Jiangnan, Bainian Suixiang, Qingge Manwu, and Dunhuang Menghuan; chamber music with folk instruments, such as Donggan Tanbo, Fenggu Yuanxiang, Feicui, Xiehou, and Meibian Simeng; The Dance of 1935, a dance drama; and orchestral music: Xiaoyan Ruhong and Ruixiang Xuanfu.

Dreaming by the Plum Blossoms. During the reign of the Ming Dynasty, the famous playwright Tang Xianzu (1550–1616) wrote Peony Pavilion, a play that tells the love story of Du Liniang and Liu Menmei, who boldly confronted a brutal feudal society and pursued their freedom to fall in love. The play criticises the feudal society’s hypocritical and brutal codes, devised to ‘save heavenly principles, and extinguish personal desires’.

It is through four dreams that the heroine experiences love, and the composer uses this mechanism to portray conflicts between romantic ideals and harsh reality. Tang Xianzu was a contemporary of Shakespeare, which demonstrates how both Eastern and Western perspectives praised the pursuit and radiance of the human spirit.

The chamber version of Dreaming by the Plum Blossoms was composed by the excellent contemporary composer Wang Danhong. Wang uses traditional materials, such as those of China’s Kunqu opera, and combines them with a modern perspective to interpret the four fantasies described in Peony Pavilion.

‘There are some predestined connections in life,
With an unexpected encounter and a quiet smile,
We see the face in our fate.
In reversed time and space,
And probably in a different life,
We are silent and vivid, void but real.
“Why can’t the love we experience in dreams be real?
Since there are so many who are lost in their dreams.”’