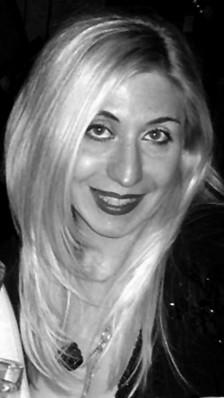 Nataša Bogojević (1966, Serbia/USA) graduated in composition from the Faculty of Music in Belgrade in the class of professor Srđan Hofman. During her studies she attended courses in electroacoustic music (in Radio Belgrade’s III Program Electronic Studio with Vladan Radovanović) and film music (with Enio Simeone in Italy). Upon the graduation she worked as an assistant at the Dept. for Composition and Orchestration at the Faculty of Music in Belgrade. She lives and works in the USA; since 2003 she teaches at the De Paul University in Chicago, and she also works at her private studio “Musica Natasha”.

She was one of the founders of the composers’ group “The Magnificent Seven” and founder of the group “Gretchen” for research in the synthesis of music and visual arts.

Nataša Bogojević was awarded a number of times in her home country (Josip Slavenski Award, Radio Belgrade Award, Association of the Serbian Composers’ Award, October Award of the City of Belgrade) and abroad (First Prize of the UNESCO Rostrum of Composers in Paris for chamber composition Formes differentes de sonneries dela Rose+Croix.