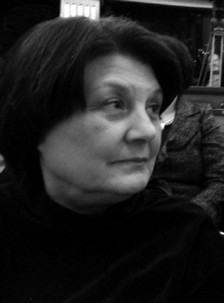 Svetlana Maksimović (Serbia/Canada) finished her composition studies at the Faculty of Music in Belgrade with Vasilije Mokranjac. After that, she also finished PhD studies in 2006 at the University of Toronto, with the composition Four Museum Rooms. Although she is primarily a composer and teacher, Svetlana Maksimović occasionally writes about music, analyzing different topics – from Serbian church melodies of the Byzantine tradition to contemporary musical practices.

After moving to Canada in late 1993, she worked at private schools and as an assistant at the University of Toronto. Among her Canadian works (1996–2006) many have been commissioned and presented at numerous festivals: Festival of New Music in Toronto, Women Music Festival in Ottawa, New Music Festival in Windsor, concerts of the Association of Women Composers, etc. Some of the musicians and ensembles who performed her pieces are: Scott St. John, Erika Raum, Peter Longworth, Carol Fujino, Jane Medison, Composers‘ Orchestra, Windsor SymphonyOrchestra, Toronto Symphony Orchestra, conducted by Gary Kulesha and Susan Haig.

Voices (Glasovi) (2000), a monodrama for a violinist, brings the story of “exhibiting the creative impulse” through somewhat overdramatic musical means. It is about searching for dialogue, heeding, yet it ends as a soliloquy (a speech without listeners). That impulse formed by “voice” through a vocal or instrumental sound medium is one of the bases of composing. In an original sense, imagined at the beginning, it is a rough and undeveloped sound (raw material), and then, it gradually leads to: tone play, shorter melodic-rhetorical patterns and, finally, to a formed musical language (pseudo-baroque). A choice of the “pseudo-baroque” language is only one of the possible outcomes, also related to the name of Johann Sebastian Bach at the time of creation of Voices.