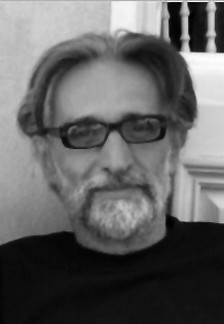 Miroslav Savić (1954, Serbia) finished the studies of composition and orchestration in the class of Vasilije Mokranjac at the Faculty of Music in Belgrade. At the moment, he is an associate professor at the Computer Music Department at the New Art Academy and a professor of Music Production at the Music School Kosta Manojlović. Since the mid-1970’s, he has been the editor of the Student Cultural Center music program. Apart from organizing concerts, he has organized a series of exhibitions, lectures, festivals, recordings and publishing of records, cassettes, books and catalogues, mainly related to the prevailing minimal music of the period. Furthermore, he participated in the work of Ensemble for Other New Music, Opus 4, Disphilharmony and Liebe und Arbeit. Apart from purely musical rendering, he was occupied with musical performances, video, photography, film, theater and ballet music.

EuroCage
The music material of the work EuroCage comprisesthe fragments of John Cage’s compositions that already form a concert program. There is no any additionally created music by the author – everything that is heard represents “ready-made” music. The title alludes to the Cage’s cycle of five operas Euroopere, whose segments actually represents a framework of EuroCage project, in which, instead of “irreversible negation of the opera” we could follow  “reversible affirmation of  John Cage’s musical oeuvre”.

The time dimensions scale (performance time, the time of the creation of the played parts, the time of the creation of other Cage’s compositions) is transported into space dimensions, so that performers are heard in the first and the middle parts of the setting. The electronic matrix created after their previous performances can be heard in the entire space with the accent on the foreground, right behind live performers, while footages of his workers reproduced off the record player can be heard in the rear end of the hall. All events on the time scale are subjected to the management of quasi-accidental decisions of the computer program. Their activities on the scene are visible through the management of focused light sources and musicians performances.

The space is completed with video projections of Cage’s happening with Merce Cunningham, whose sound-track is incorporated in the electronic matrix and projected at the center of the setting. During the performance, a singing of a text about Cage can be heard from time to time. It problematizes his work from the aspect of the relation modernism – postmodernism and its significance is disabled by the performance – only its sound can be heard, while the text is available as an integral part of the program book. All the elements of the structure are coexistent but independent – from the ubiquitous Cage’s demand to the music theater, to which this work belongs, as well.

This work is a scene, arena (circus, as Cage would prefer) in which we are reminded of his music that bears a changed, different sound, in a situation in which it reproduces itself owing to its own ideas. Through music, these ideas have therefore, reached the composers to whom Cage’s work is important and inspiring.