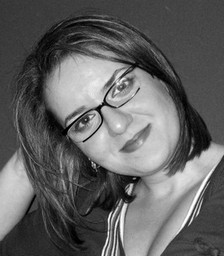 Jasna Veljanović-Ranković (1980, Serbia) graduated in 2003 from the Ukrainian National Tchaikovsky Academy of Music, Department of Composition, in the class of Genadiy Lyashenko. Her graduation work Concerto for Piano and Orchestra was performed by the Symphony Orchestra of the Ukrainian Broadcasting Company. She took her master’s degree in 2007 at the Faculty of Music in Belgrade in the class of Vlastimir Trajković, with a composition titled Five Songs for Mezzo-soprano and Orchestra on the Verses of Aleksander Blok. She currently attends doctoral studies in Music Theory at the Faculty of Music in Belgrade under the mentorship of Professor Sonja Marinković.

Her oeuvre consists of chamber (for solo instruments and ensembles) and symphonic works. Lately, she is particularly occupied with chamber compositions for specific ensemble – Duel i romansa (Duel and Romance) for flute and accordion, Interrupted Passacaglia for flute, oboe, accordion and cello, A Dream Within A Dream for soprano and flute, Nemirne misli u noći (Restless Thoughts in a Night) for flute, oboe, saxophone and cello.

She is a teaching assistant at The Music Department of the Faculty of Philology and Arts in Kragujevac.

Variations without a Theme (Varijacije bez teme) have been written this year. In general, this title is a result of contemporary state of affairs in which the consumption of serious music is reduced to a minimum. In particular, the title directly refers to the piece’s form in which there is no unique and rounded theme at the beginning, as could be expected in variation form. Instead, there are the first three variations in which three different thematic materials could be identified. They are, however, fragmented already in their first appearance to such an extent that they could not be experienced as a theme. Motor rhythm that characterizes the flow of the variations in which thematic material constantly disappears and resurfaces in another shape, motion, in other words, is the elemental condition for the music’s very existence. In the text that is to be read after the performance, Ivo Andrić talks of “spasmodic motion” which he glorifies so much as to come to the conclusion that inaction does not exist as such, or exists only in the service of motion (for instance, as pauses in the flow of music). Andric’s motion essentially refers to living and surviving, but it could be metaphorically linked to the circle of causal connections in the processes of creation and reception of a work of art: the composer – his/her influence upon the time he/she lives in, as well as vice versa, the influence of time to his/her creativity – the reception of his/her work, and the influence of that reception on the composer and his/her creativity. These relations point to the fact that there is no piece that actually lives without being performed and, it follows, without being listened to or accepted by public which is yet another aspect of Andric’s text when the author states that “everything that lives is condemned, in order to survive and exist, to defense and constant attention.”