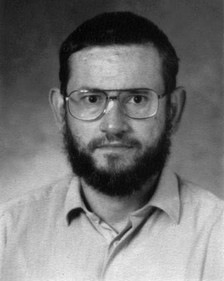 Miloš Zatkalik (1959, Serbia) graduated in composition at the Faculty of Music in Belgrade with Vasilije Mokranjac and Rajko Maksimović. He continued his education attending courses in the USA and United Kingdom. He has also graduated in English language and literature from the Faculty of Philology in Belgrade.

He is associate professor and head of the Department of Music Theory at the Faculty of Music in Belgrade, and also teaches at the Academy of Arts in Banjaluka. He lectured by invitation in Canada, Norway, USA, Slovenia, and Germany.

Among his important works are: orchestral pieces Minas Tirit, What’s He to Hecuba, Of Saralinda, Xingu and the Duke Swallowed by Golem – a fable for large orchestra; chamber works The Mad Carriage-Greeter from Ch’s, Lost Fragments II, As if Nothing Had Happened; works for chamber orchestra Lost fragments, Dum incerta petimus; solo music (for flute, viola, violoncello, piano) and songs with piano accompaniment. His pieces were performed in Germany, Spain, Russia, Canada, and the USA.

He published papers in national and international journals and magazines, dealing with different areas, such as relations between music and literature/linguistics, the analysis of twentieth century music and psychoanalytical foundation of music analysis. He is the author of the first Serbian music analysis textbook in electronic form.

A Seemingly Innocent  Game (Naizgled bezazlena igra) for violoncello, vibraphone and piano
The way in which the parts of the three instruments interweave, confront and harmonize reflects some possible relations between people. The actors cooperate, but conflict as well; sides are easily switched, with no apparent reason. No one has a goal and there seems to be no chances that some things could change for better or for worse. The game is not so harmless, after all.