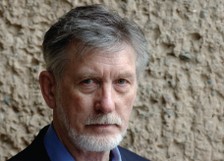 Osvaldas Balakauskas (1937, Lithuania) – “Modernism is losing ground as a revolution, as a denial of traditionpar excellence. [...] It can be said that I reject the principles and techniques of modernism, as I have already tried them and know how this kind of music functions,” asserts Balakauskas, the winner of the Lithuanian National Prize, who has been occupied a strong position at the top of modern Lithuanian music since the mid-1960s as one of the most remarkable artists and leading authorities.

Balakauskas trained in the Music Faculty of the Vilnius Pedagogical Institute (1957–1961), and later studied composition with Boris Lyatoshinsky at the Kiev Conservatoire (1964–1969). From 1988 to 1992 he was a member of the council of the Sąjūdis (Lithuanian independence movement). From 1992 to 1994 he served as the Ambassador of Lithuania – the first after 50 years of foreign rule – to France, Spain and Portugal (residing in Paris). In 1988–1992 and 1994–2006 he was Head of the Composition Department of the Lithuanian Academy of Music and Theatre. Balakauskas was awarded the Lithuanian National Arts and Culture Prize, the Order of the Grand Duke of Lithuania Gediminas and the honorary insignia “Carry Your Light and Faith” by the Lithuanian Ministry of Culture.

New harmonies (particularly on the octatonic and enneatonic patterns) in combination with the rhythmic systems originating from Blacher, generate a peculiar, intriguing sound-climate, which is recognizable as “Balakauskas’ tonality”. He belongs to those composers whose ambition is the creation of their own precise musical system. His career has been significantly influenced by his period of studies in Kiev in the 1960’s and the circle of the Ukrainian avant-garde of the time. His fascination with Stockhausen, Boulez, Xenakis and especially Webern and Messiaen also dates back to those years.

Balakauskas is one of the most prolific Lithuanian composers; his oeuvre includes five symphonies, more than ten concertos, a chamber opera, a ballet and numerous other, mostly chamber instrumental compositions. He has also distinguished himself as an insightful and accurate music critic and theorist.

Rain for Cracow was composed in 1991 for violin and piano (or prepared piano or harpsichord) after the commission by the organizers of the EBSCO conference in Krakow and the premiere was held in 1991 in Poland. This chamber piece consists of several textural variations that are based on the three or four tone micro-systems. Motority is also characteristic of this music.

Balakauskas has been very important to LEN since the beginning. During its first concert in 2009 LEN performed Rain for Cracow at the WDR concert series Ensemble Europa in Cologne (Germany). This collaboration will be continued in 2017 with a retrospective of Balakauskas’ music.

Mosaic for Accordion Solo was composed in 2013 and dedicated to one of the most prominent Lithuanian accordionists Raimondas Sviackevičius. According to Balakauskas, the composition involves all technique and stylistic features specific to the composer. The composition consists of the static chords and rhythmically variable, quasi improvisational melody. These two kinds of musical texture are juxtaposed and varied using various types of modification of motives and phrases. The music transformation determines the dynamism that culminates before the recapitulation. The swinging rhythm is the general and uniting element for the composition. It is evoked by the disagreement of the melody and accents of the measure.

The performance at the Composers’ Review Belgrade is the world premiere of the composition.