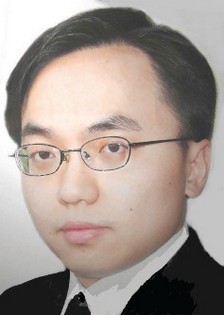 Man-Ching Donald Yu’s (1980, Hong Kong, China) music is once described by a Fanfare critic as “forming an arresting and personal intermixing of tonal and atonal languages, with the musical colours and gestures of his native country infiltrating the mix…” Yu currently serves as full-time academic staff of the Department of Cultural and Creative Arts at the Hong Kong Institute of Education. The hundreds of works that comprise Yu’s compositional oeuvre have been radio broadcast and featured at various venues, events, festivals, and conferences throughout the North and South America, Europe, and Asia. Yu’s music has been premiered by the Lugansk Academic Philharmonic Orchestra, the Chernivtsi Philharmonic Symphony Orchestra, Opera Hong Kong Chorus and the Choral Fellows of the Harvard University Choir (U.S.), among others . Yu’s music has been published by Edizioni Sconfinarte in Italy, Helm & Baynov Verlag in Germany, and Zimbel Press in U.S., etc. His music is recorded on Ablaze Records (U.S) and Albany Records (U.S.).

Head on Vortex for string quartet – The music is inspired by the modern Chinese Arts Head on Vortex created by artist Cai Guo Qiang. The music begins with several pitch centres while gradually blending with dissonant sound effects expressively. Soon, the music builds up to a climax where saturation of chromatic materials emerges. After that, a contrasting section occur which provides some mysterious sound effects to some extent. The central section is characterized by micropolyphonic materials and tends to be rather indeterministic rhythmically. Following that is another contrasting section which recapitulates the materials of the previous contrasting section. Upon reaching another climax, the music brings back the preliminary materials while fading out quietly. Throughout the whole piece various Chinese elements are substantially generated for synthesizing my own distinctive sound such as imitiating Chinese Peking operatic effects and Chinese instrumental effects by means of the extended techniques of strings.