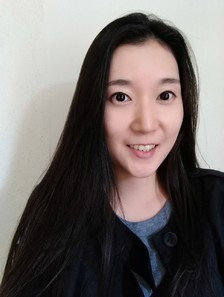 Sunyeong Pak (South Korea) is a composer and pianist praised for her “highly refined sense of orchestration using extended techniques” and “remarkable imagination”. Her music was recently selected as a finalist at Bruno Maderna International Composition Competition and hon-orable mention at Heckscher Foundation in 2017. She completed her doctoral degree in music composition at University of Illinois at Urbana-Champaign in May in 2017 and holds composition degrees from DePaul Univeristy (MM) and Ewha Womans University (BM). She challenges herself to create new timbral sounds by combining both extended and general instrumental techniques. Her music blends the post-serial expressivity with clearly identified form. Her spe-cial interest in direct and emotional inspiration drives to expressive gestures and drama in music. Her works have been performed by several ensembles in the United States, Europe and South Korea and conducted by Jean-Philippe Wurtz, Michael Lewanski, Christopher Jones and Matt Shepherd

Remnants (revised) for Flute, Violin, Cello and Piano (2017)
The main idea of this piece is derived from the premise that small events taken from the main narrative create another narrative throughout the piece. Until one-third of the piece, basic and small motivic fragments are presented, with multiple forms of variations. Fragments are organically interrelated to each other and these fragments form the whole unity. The main narrative is abruptly interrupted by a new, unrelated block of sound. And such insertion of new blocks of sound, which was introduced and hinted shortly as pi-ano’s percussive gesture, gradually evolves throughout the piece and finally it becomes a dominant material at certain point, leading musical narra-tives.
The piece primarily consists of two large parts, which one is built on succes-sive variations and development of materials and another one is the reflection of the first part. In the second part, several musical materials taken from the first part are more elaborated and become the main musical material throughout the rest of the piece.