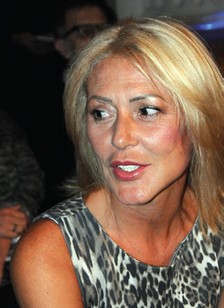 Dragana Jovanović (1963, Serbia) began her training in music at both departments (Performance and Music Theory) of Josip Slavenski School of Music. She acquired her B.A. degree in composition at the Faculty of Music in Belgrade, under the supervision of Prof. Srđan Hofman. She then earned an M.A. degree in composition from the same institution under the supervision of Profs. Hofman and Milan Mihajlović and, finally, a doctoral degree under the supervision of Prof. Hofman; the title of her doctoral artistic project was Jurijev krug – teleportacijska svita (‘Yuri’s Circle: A Teleportation Suite’) for chamber ensemble and electronics.
Works by Jovanović have been performed many times, in Serbia as well as in Europe, the United States, Canada, and South America. Also, Jovanović is active in the field of applied music and multimedia, as well as music production. She has won multiple prizes and awards. Jovanović has sat on the juries of multiple international composers’ competitions. Jovanović teaches as an associate professor at the Composition Department of the Faculty of Music.

Romance, Waltz and KoltzeTrans was composed in 2016, on the initiative of Katarina Radovanović and Aleksandar Aleksandrović’s duo. The seductiveness, communicativeness, virtuosity, and passion of both of these performers were my point of departure and endpoint in this work. The respective titles of the three movements say enough by themselves.