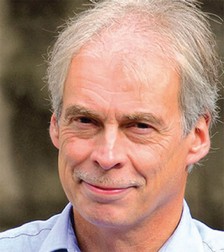 Ulli Götte (1954, Germany) composer, musician, musicologist, works as a free-lance musician and composer in Kassel. His main artistic fields are contemporary music and jazz, whereby his primary focus is minimal music – music which reunites European and outer-European traditions, based on the aesthetic principals of reduction and the gradual development of musical processes. He has written orchestral works in small and large settings, string quartets, chamber music, jazz and solo instrumental works. His first opera, „frontières“, is written 2001 – 2003.
Ulli Götte founded and conducts the unique German minimal music ensemble in process.
Götte is leader of the Kassel Gamelan Group Manyar Sewu and he is conducting the World of Music Orchestra.
Further on Götte is teaching at international universities:
– 2011 in Riga/Lettland
– 2013 as guest professor in Hiroshima
– 2014 in Turkey and Java
– 2015 as guest professor in Hiroshima
– 2016 as guest docent in Yogyakarta
and for some german teacher associations giving workshops with different sub-jects.
Publications on minimal music and rhythm.

Ulli Göttes new composition Two Groups (2018), originally written for guitar ensemble, is made up of rhythmic-polyphonic 7/8 figures that are sometimes overlaid with melodic phrases.

From the cycle Grenzen, a chamber opera from the year 2001, comes … dies ist mein…. The title refers to Jean-Jacques Rousseau‘s consideration of the emer-gence of property by demarcation.