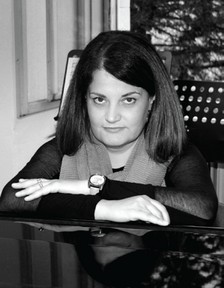 Reverse, for accordion and string quartet
The main idea behind this three-part piece was to construct a whole in a peculiar acoustic situation, by relocating, inverting, and repeating the basic motive, a chord structured in thirds, which is initially presented in the accordion part and then also appears in the guise of melodic patterns comprising third shifts.
Reverse was composed in 2016 for the artists of Vareš Classic Festival, on the initiative of the Slovenian accordionist Borut Zagoranski.