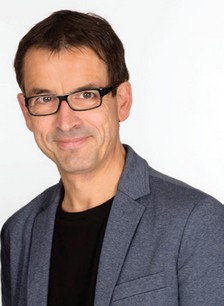 Paul Pankert (1965, Belgium) has studied violin at the conservatories of Liège, Düsseldorf and Maastricht.
As a violin soloist in the Dutch contemporary music ensemble « Ensemble’88 » he analysed and played hundreds of compositions including numerous first performances. He was able to explore just as many composition styles.
Paul teaches at the East-Belgian Music Academy.
Since 2014 he is the artistic director from Ensemble’ 88 and he cofounded the east-belgian based Kl-Ex Ensemble.
His first composition Spaltung for two violins and harpsichord has been awarded with the Prix de composition de l’Académie Royale de Belgique in 2008.
Since then he realized many compositions – among which commissions by the Orgelpark Amsterdam, the Ars Musica Festival in Brussels, the Orchestre Sturm und Klang, the Quatuor MP4, the Festival van Vlaanderen (B-Classic), the Ostbelgienfestival and Flagey in Brussels.
He is member of the Belgian Forum des Compositeur.

Fake-Flutes for flute & live-electronics (2018)
What is a real flute sound, what is a fake?
This piece is inspired by the current way of dealing with reality in politics …
90 years ago, the Belgian surrealist painter René Magritte posed the question of the relationship between reality and its representation in his work La trahison des images (The Treachery of Images) also known as Ceci n’est pas une pipe.
Today, in the age of electronic media and the lightning-fast spread of news around the world, this question has even gained in importance …
Flute sounds recorded in real time are transposed, modulated, filtered, looped and mixed with the original sound…